If you’re a business, small or large, you’ve likely heard of Facebook advertising. And if you’re not familiar with it, you’ve at least heard people talking about it. It’s been around for a while and it’s only getting more popular.

So what is it? In short, Facebook advertising is when businesses pay to have their posts show up in the news feeds of people who fit a certain target audience.

Boosting a post helps if you’re looking to create a general awareness of your product or service. But advertising on Facebook is the better option if you want to specifically target customers and drive conversions.

But there’s also something called “boosting” a post. What’s the difference? Is one better than the other?

What are paid ads and boosted posts?

Paid Ads –  You guessed it. With paid ads, you pay Facebook to show your post to people who fit a certain target audience. You can choose how much you want to spend, and you’re only charged when someone clicks on your ad.

Ads can be targeted to specific demographics, interests, and even behaviors. For example, a business could target Facebook users who live in a certain city and who have expressed an interest in travel.

Paid ads can take many different forms including:

Overall paid ads provide a way for businesses to reach a wider audience on Facebook and boost their visibility on the platform.

Boosted Posts – Facebook boosted posts are a simple way to promote your content and reach a larger audience.

However in general, we do NOT recommend boosting posts, because most of the time they are not effective.

What are the differences between paid ads and boosted posts?

Selecting between paid ads and boosted posts really comes down to two factors: budget and control.

1. Budget – Paid ads tend to be more expensive than boosted posts. That’s because you’re paying for each person who clicks on your ad, and you have more control over who sees your content.

When it comes to running effective Facebook ads and boosted posts, budget is key. That’s because every campaign has a cost-per-click (CPC) associated with it, which is the amount you’ll pay every time someone clicks on your ad.

2. Control – With paid ads, you have a lot of control over who sees your content. You can target specific demographics, interests, and even behaviors.

The true secret of Facebook advertising’s success is that you can regulate almost every element of its distribution:

It may seem like a lot of work, but having this level of control is essential if you want to run successful Facebook ad campaigns.

Boosted posts, on the other hand, rely on Facebook’s algorithms to determine who sees your content. Boosted posts are best for getting reactions, comments, and shares.

Below are some of the key differences between paid ads and boosted posts:

Facebook paid ads Vs. Boosted posts – Which one should I use?

If you’re looking to get the most out of your Facebook advertising, you may be wondering whether to use paid ads or boosted posts. Both have their advantages and disadvantages, and the best choice for your business will depend on your specific goals and needs.

Paid ads offer more flexibility in terms of targeting and placements, and they also allow you to track detailed metrics so that you can fine-tune your campaigns for maximum impact.

Boosted posts, on the other hand, are simpler to create and require less ongoing management. But if they aren’t effective, then there’s little benefit to the fact that they’re cheaper than running a full-blown ad campaign on Facebook.

Ultimately, the best way to decide which option is right for you is to experiment with both and see what works best for your business.

Facebook ads and boosted posts are both great tools to reach your target market, but they have different purposes.

If you’re looking to create a general awareness of your product or service, then boosting a post is the way to go. However, if you want to specifically target customers and drive conversions, then advertising on Facebook is the better option. 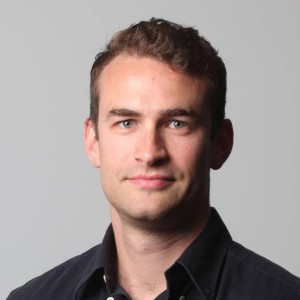 Stuart Brown
Stuart is the co-founder of Launch Experts. With 20 years of experience in the marketing industry, his primary focus is to break away from the traditional marketing agency model, ensuring clients get a positive return on investment from their marketing campaigns.

Whether you’re starting out or established, we can help you reach your business goals.